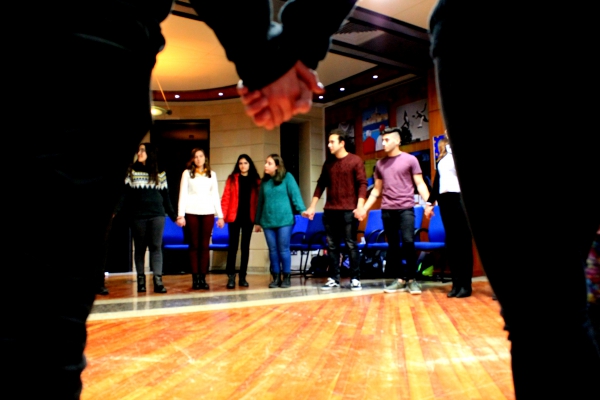 DATES: 8, 9, 22, 23, 25 January 2018
Rooftop Theatre group implemented theatre-based workshops with the aim of bringing together Greek Cypriot and Turkish Cypriot teenagers, aged 16-18 who were selected to attend the three-day EUROSCOLA programme conferences in Strasbourg. The workshops were designed to include ice-breaker and team building activities where the teenagers got to know each other, work together, as well as have fun. The five workshops took place in the EU House in Nicosia and each workshop was attended by mixed groups of twenty-four students (twelve TCy and twelve GCy) and four teachers (two TCy and two GCy) from schools all over Cyprus.

They take the floor in plenary and committee sessions to debate and vote on resolutions on current affairs, all the while practising their language skills and making friends with fellow students from across Europe.

Teachers also have the opportunity to meet their colleagues and exchange feedback about their own classroom practices & experiences.